Gary Rance was the demonstrator for the evening. Gary is a well known production turner and he decided to show us the making of a small box with an insert in the lid.

The wood was Bocote which has a marvellous grain pattern, however, this particular blank had a serious crack down it which gave quite a few headaches but Gary persevered with it. The box itself was made using the usual processes but Gary did explain the techniques he uses to achieve the accuracy. The insert was one that he had made previously comprising a body of boxwood, an ebony ring and a centre of what looked like cherry. This was offset from the centre for interest. This was turned to size and then the box lid had a recess turned to match it. Again many tips, techniques and processes were discussed and demonstrated. 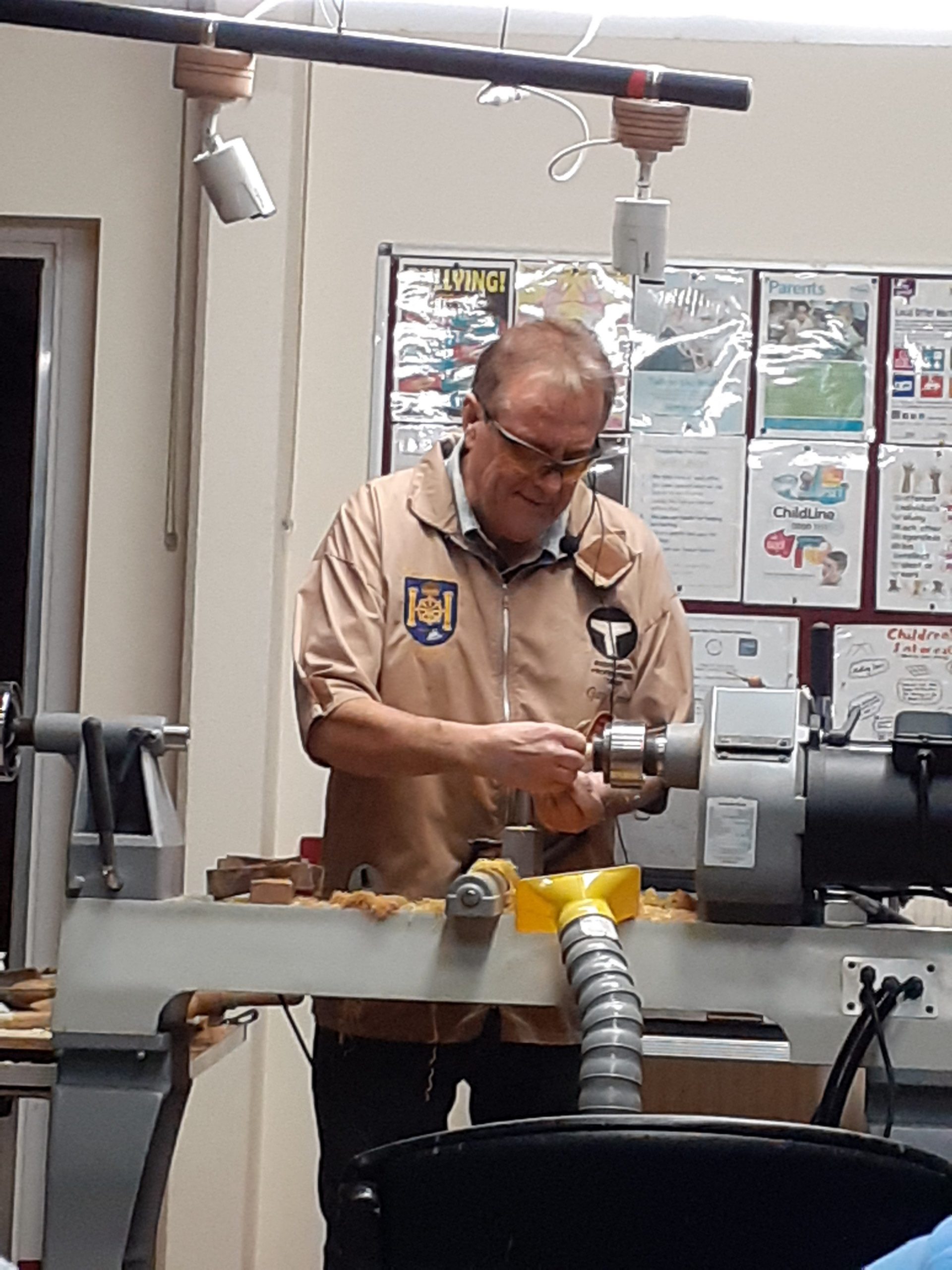 The finished box looked really nice even though the crack was still present so we saw lots of ways to get over problems that we all encounter. 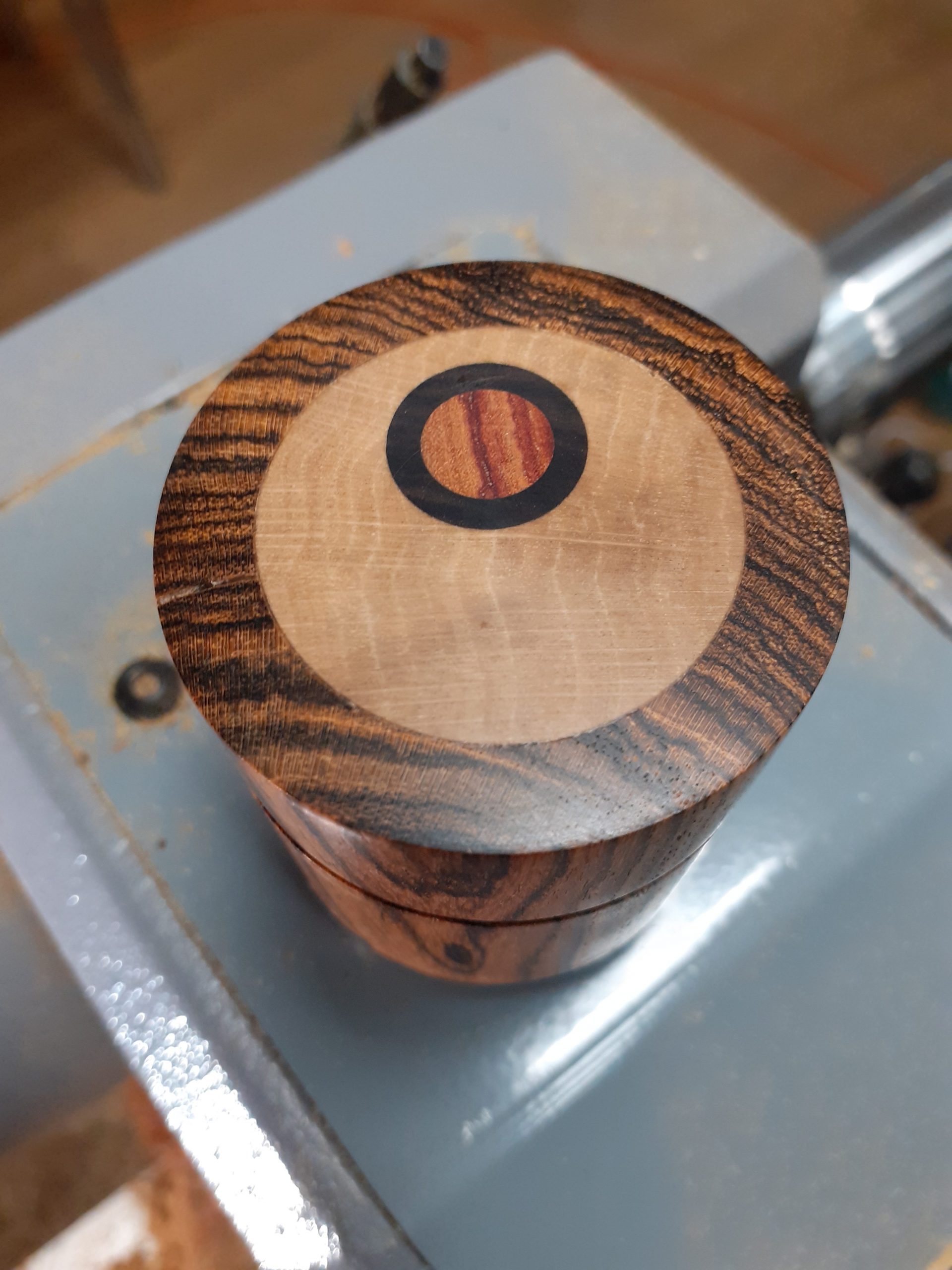 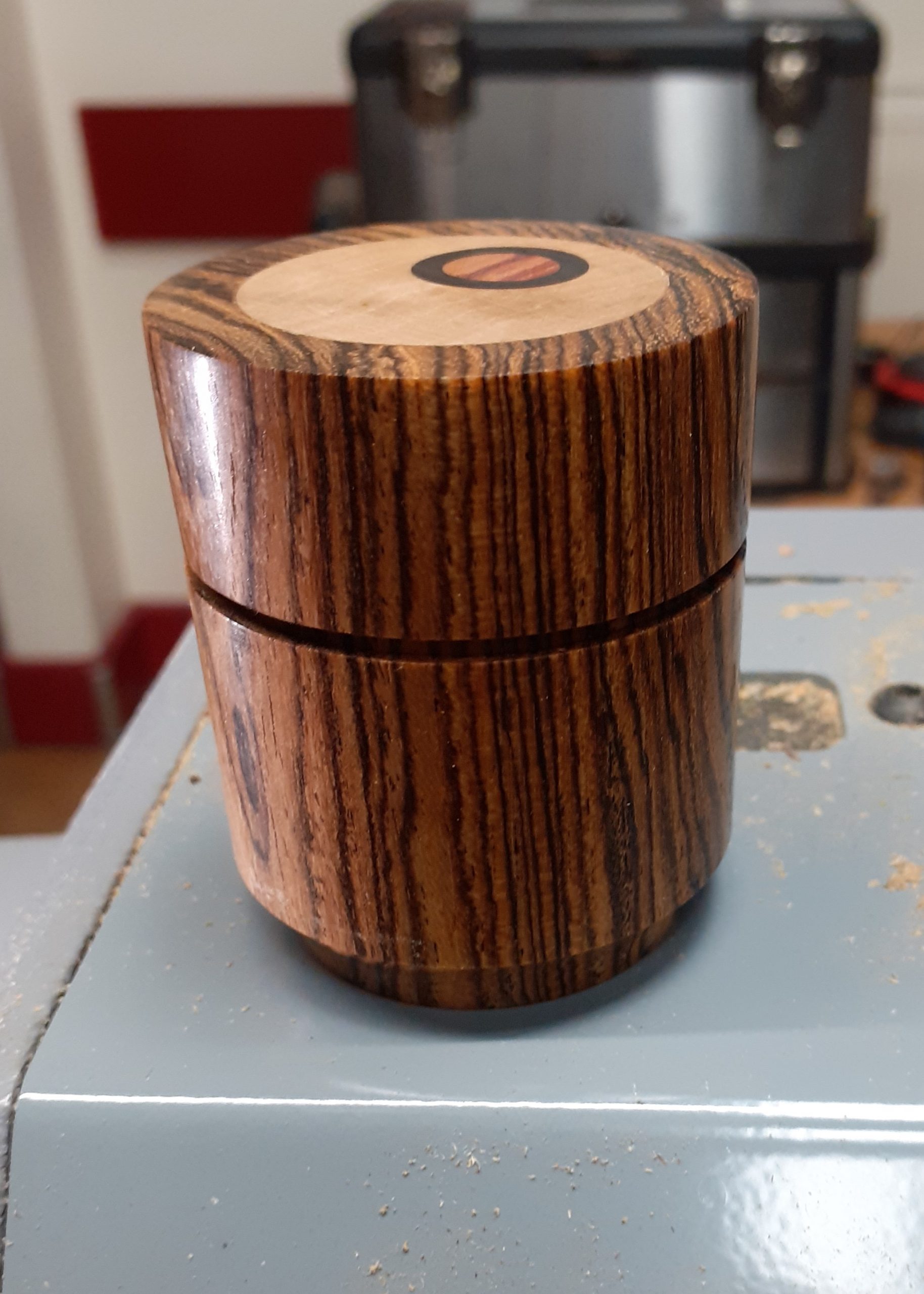 To finish the evening Gary made a small Christmas tree bauble which showed off a whole new series of processes. 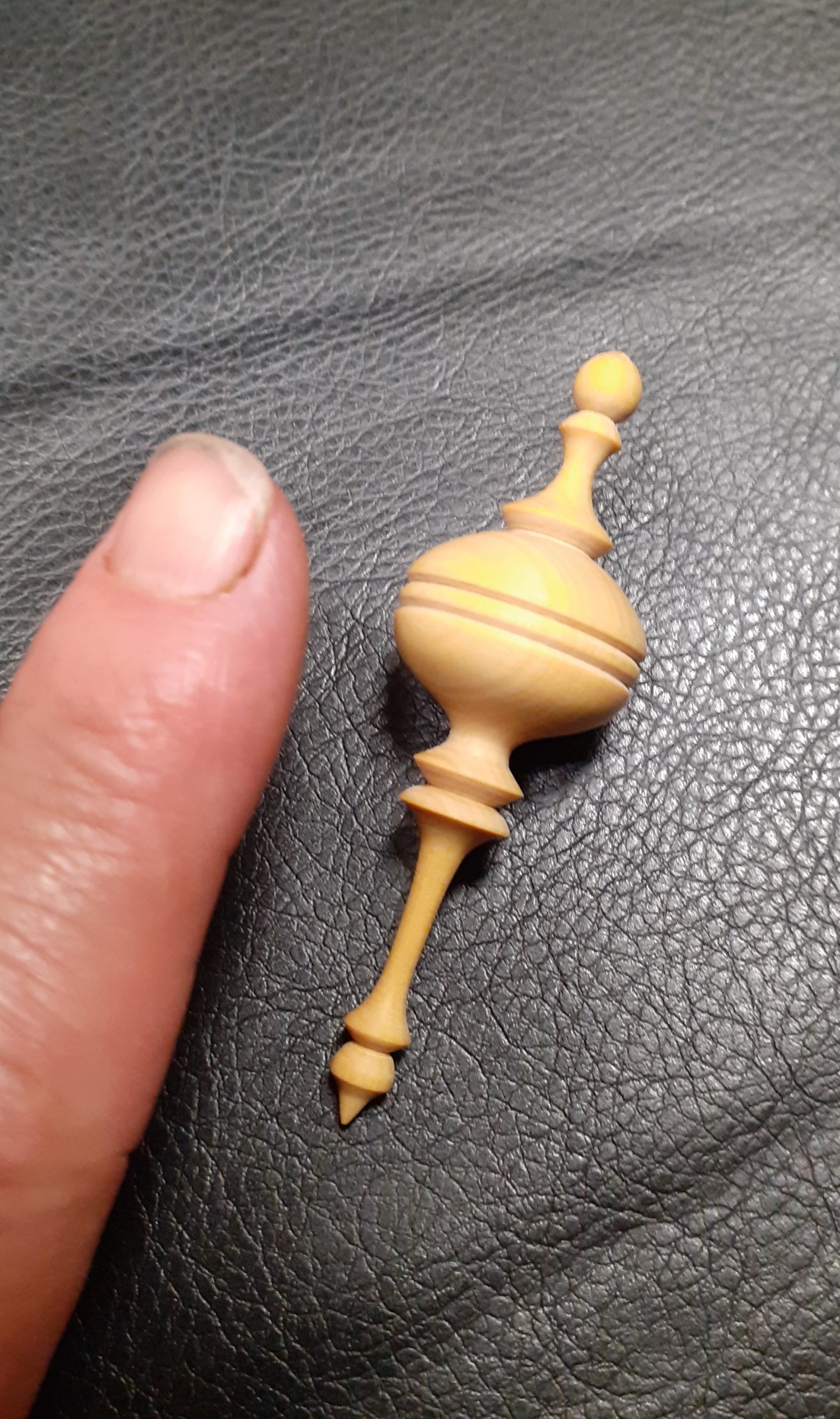 The demonstrator for the evening was Emma Cook (aka The Tiny Turner) although Emma was stuck in traffic but managed to get to the venue just in time. She introduced the subject for the evening as a variation on her “Gonks” which was to be a Father Christmas LED light. This was a multi component project comprising turned wooden base, hat, nose, bobble, beard fabric and a glass dome and LED string light.

The turning aspect followed usual faceplate and spindle orientation practices although the base and hat needed a bowl turned fairly accurately to match the glass dome. The base was brushed to clean the grain, sprayed black and then gilt waxed to highlight the grain. The hat was stained red except for the bead at the bottom which represented the fur trim. 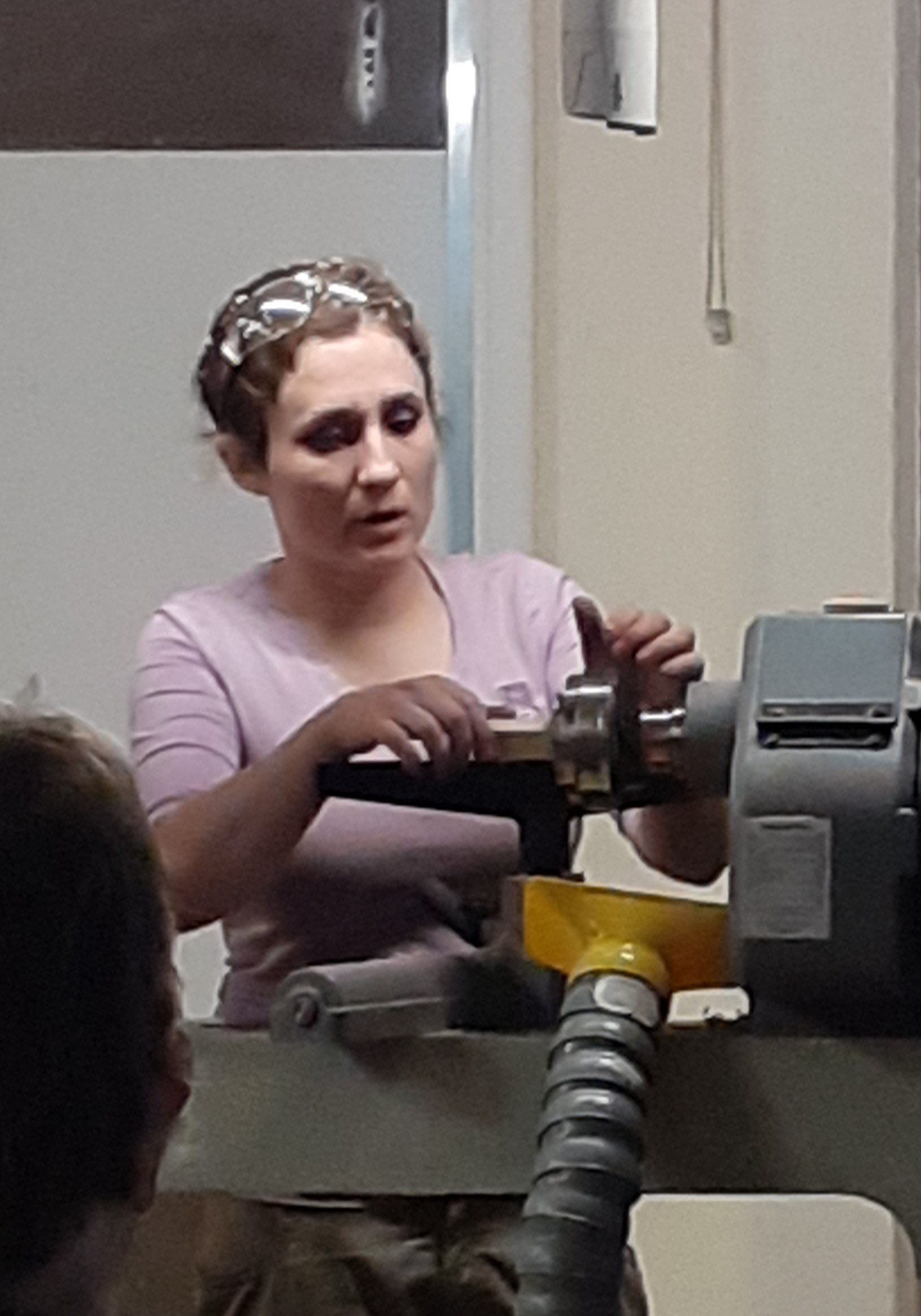 The wooden bits and the beard were assembled with ca glue and the wood to glass joints were bonded with Soudal Fixall glue which is flexible. 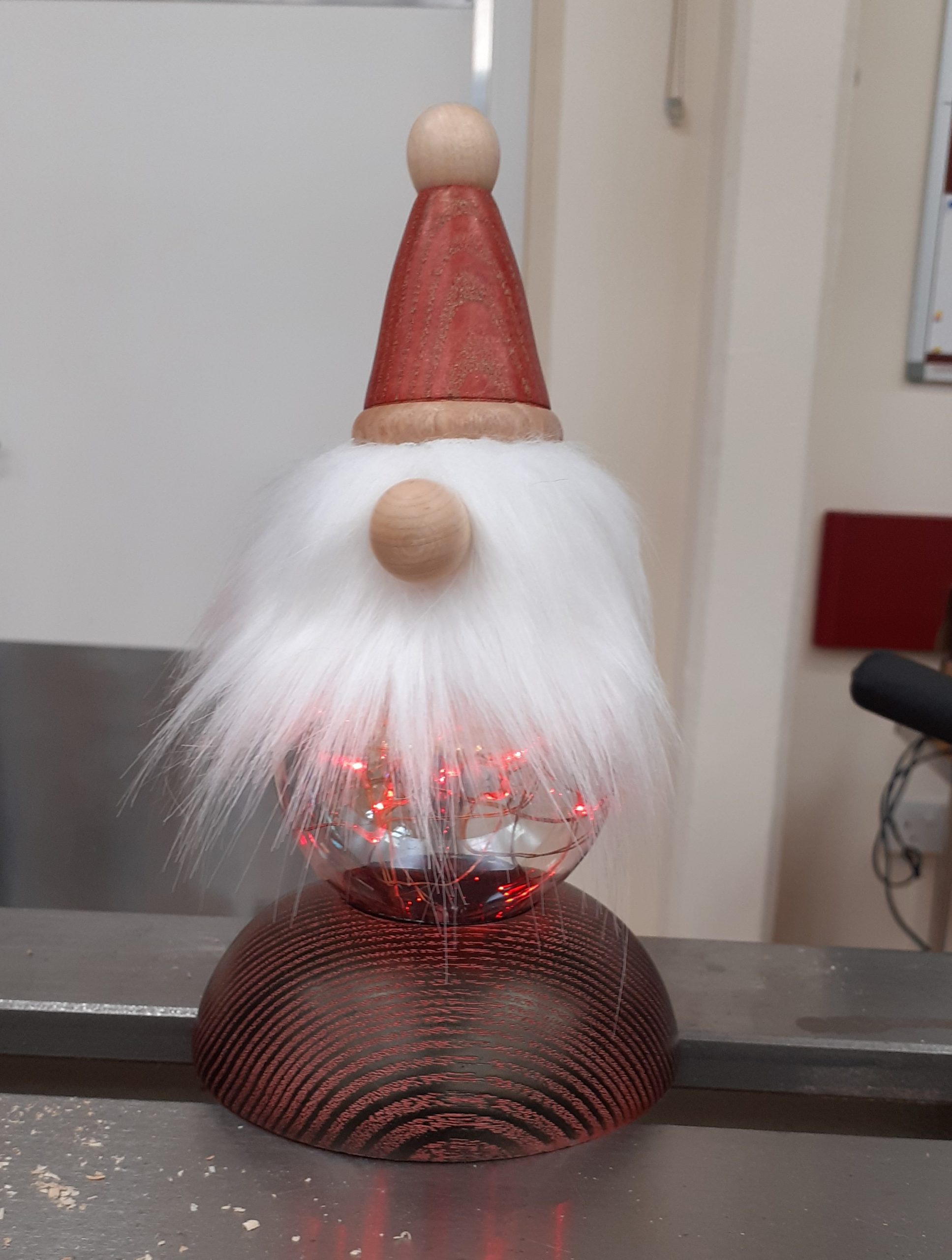 Emma had some kits for this project for sale on the night and if you are interested she also has them for sale on her website. Overall the demonstration proved to be of interest and showed that you can create a project of your own with a little imagination.

The November competition was also run and the winner was Colin Gee with his nicely turned vase. 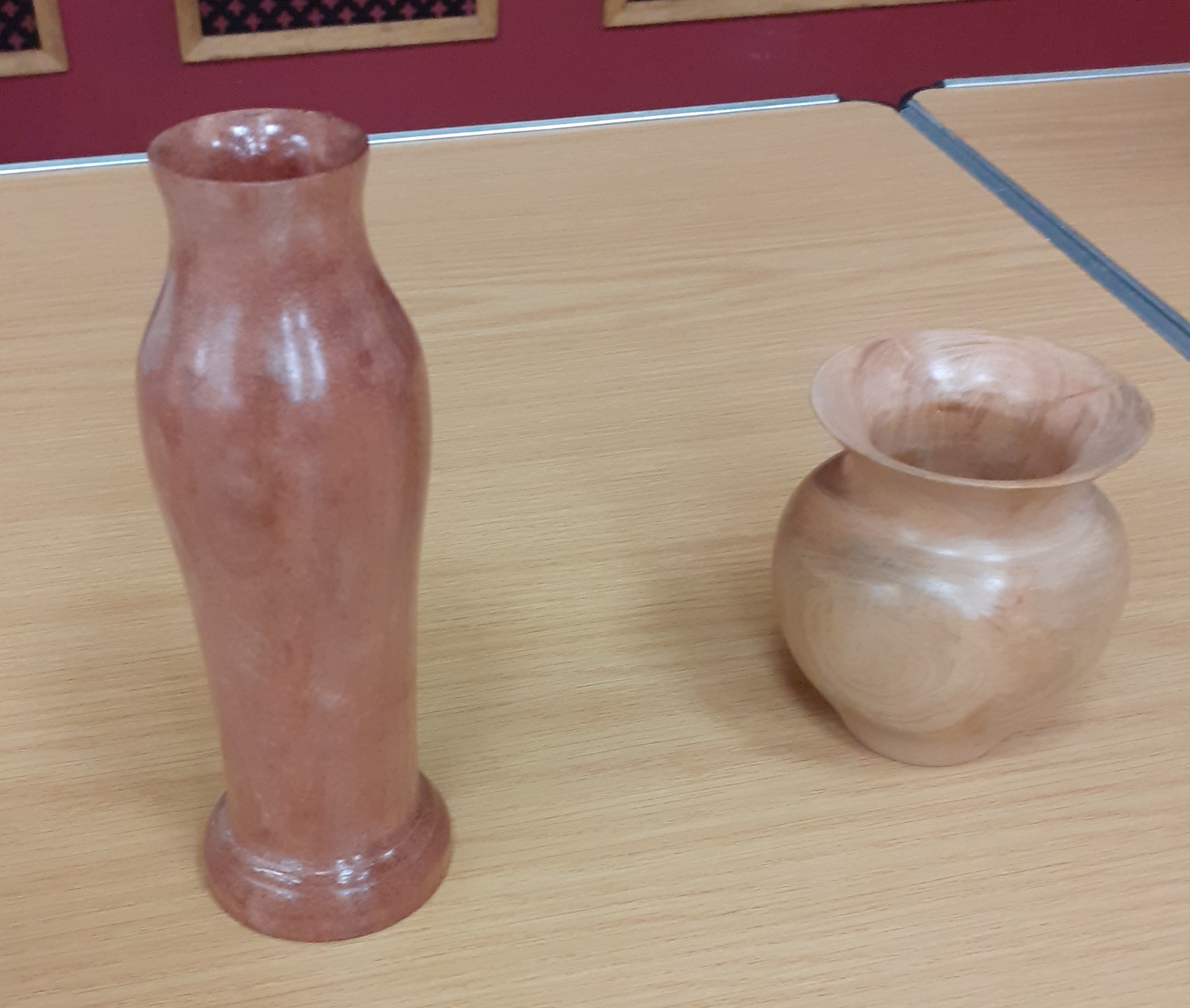 Second place was Colin Humphries with his tripod stool (although the poor photography work makes it look like 2 legs. The third is behind the front one). 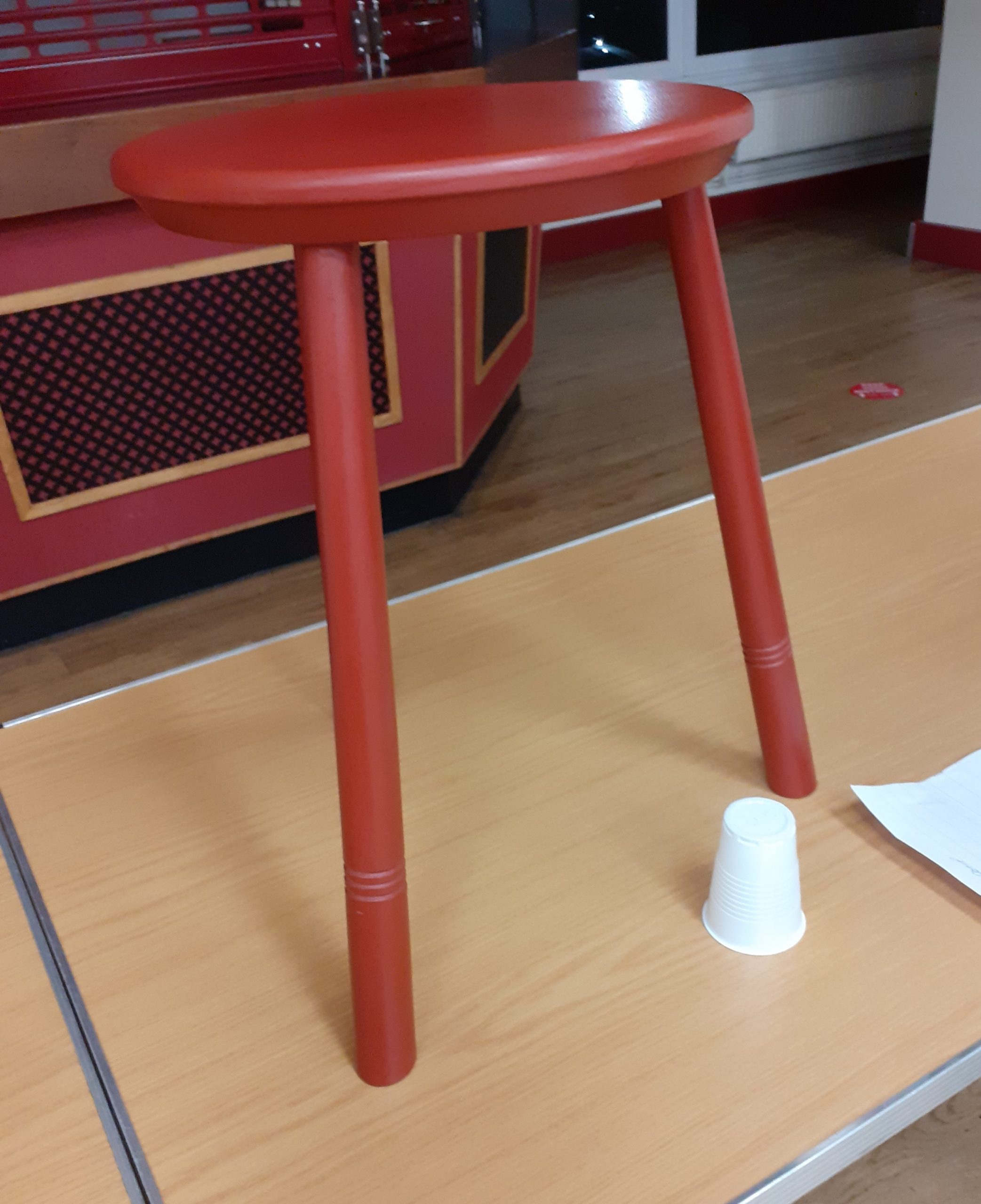 Third was David Hartley with a lovely turned and coloured bowl. 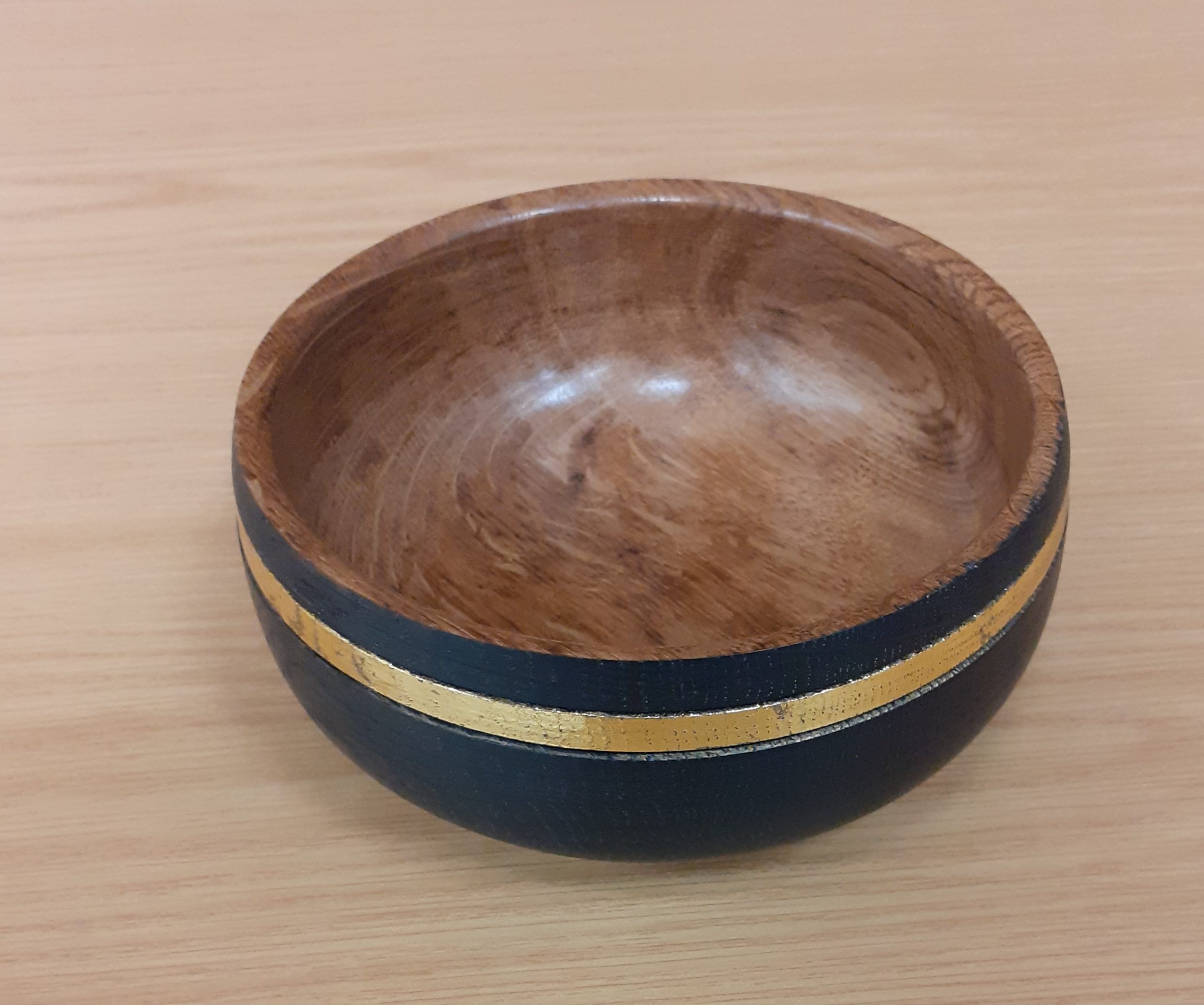