Paul Hannaby conducted the evening’s demonstration and set out to make a straight sided box. The first blank that he started to turn to round proved to have a crack and a knot going through the wood. He decided that he would not continue with that piece and restart with a fresh blank. This emphasises the importance of checking the wood you use to minimise the risk of mishaps. 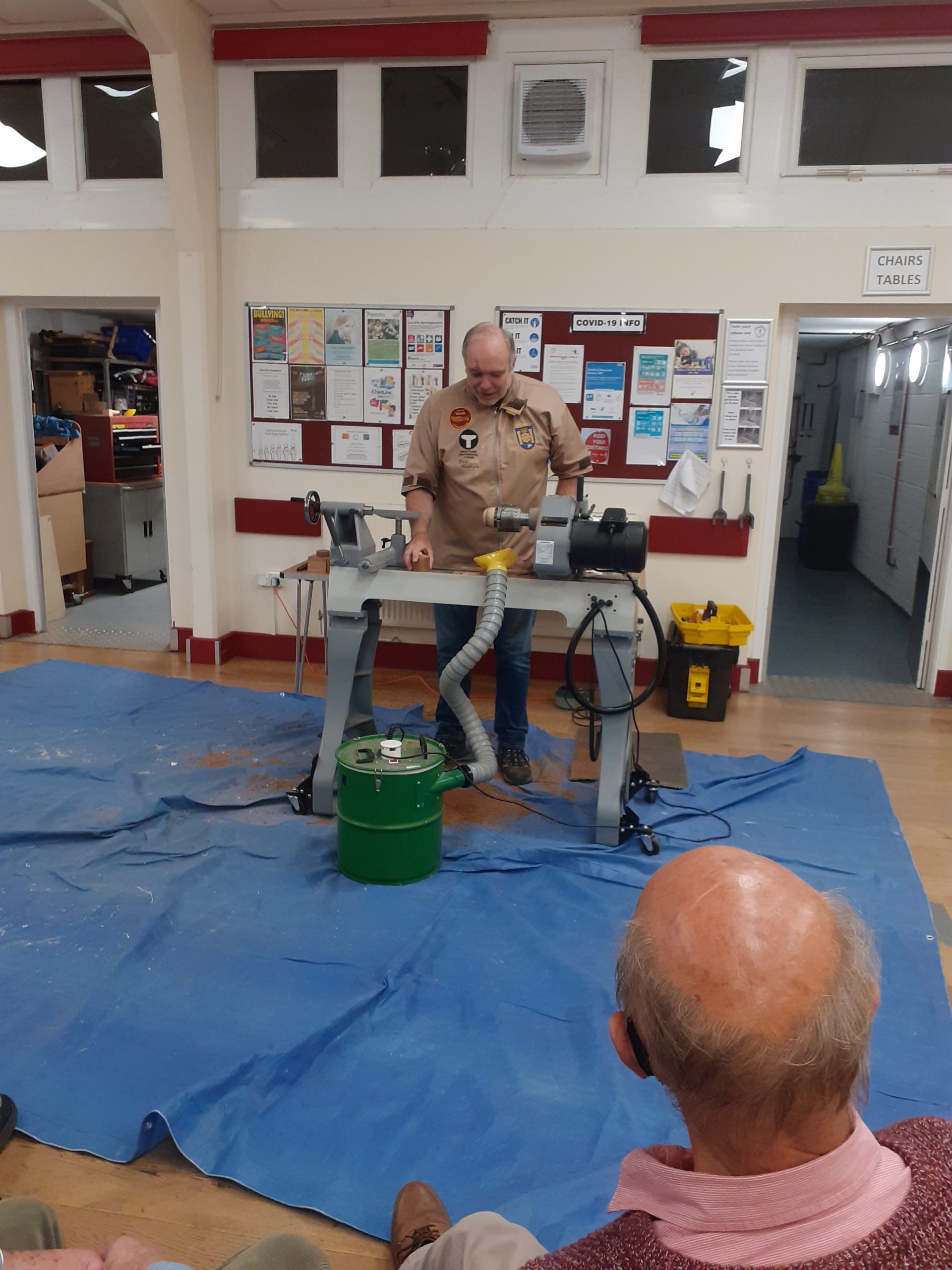 Paul followed the usual process by turning to round between centres, creating chucking spigots at both ends then remounting in a chuck. The design that Paul followed this time had the male spigot on the lid with the corresponding recess in the main body. He continued to demonstrate the processes and box scrapers he uses to hollow out the box and create the finished box, including how to recover from slight errors during the making process. 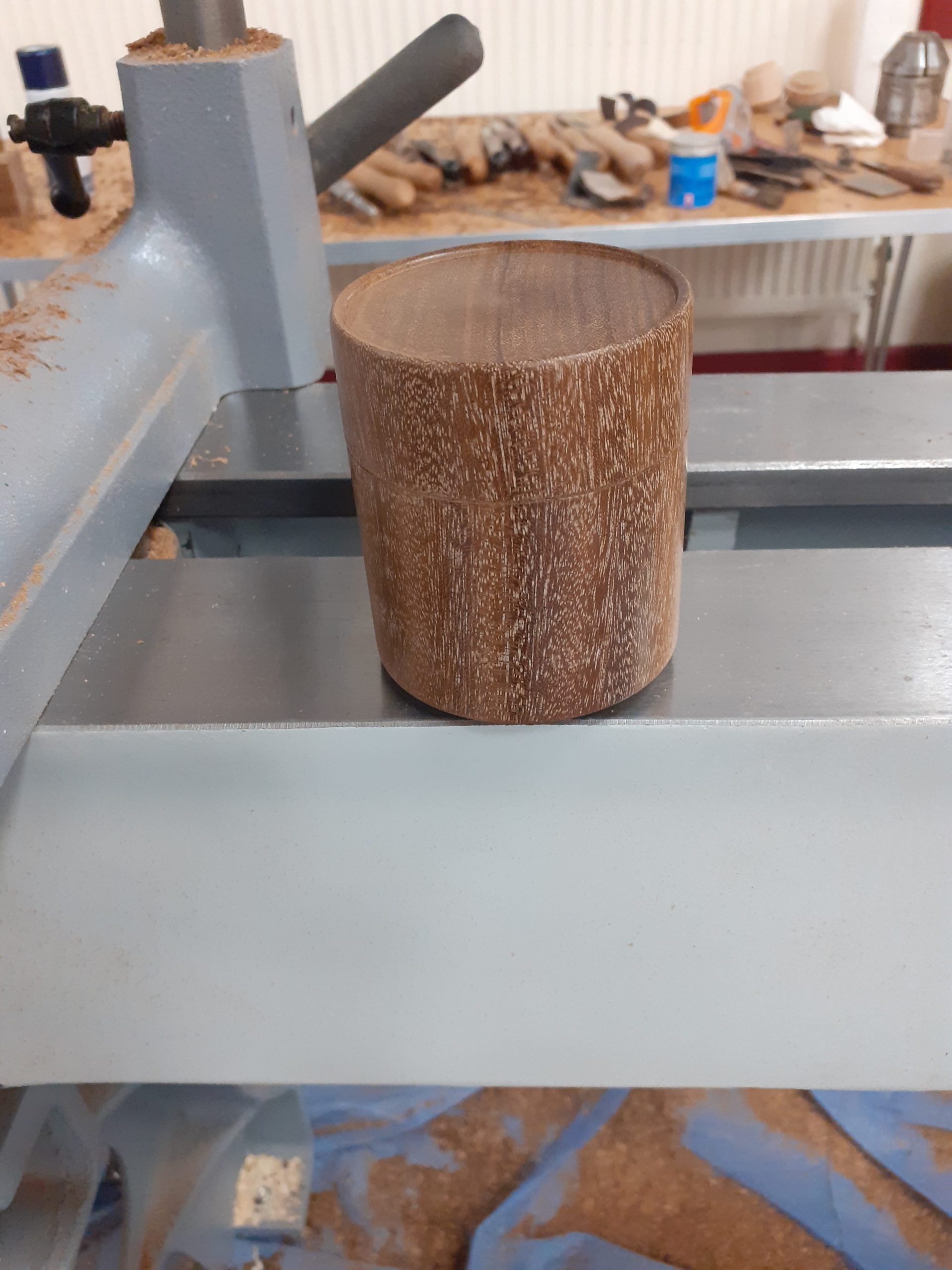 To end the demonstration he showed us a quick make of an oyster shell box that is made by alternating the lid and body on the same blank to get a series of boxes without rechucking.

Overall the demonstration was educational, however, we were unable to set up the video system so that may have detracted from the evening as visibility for many was restricted. We can only apologise for this and expect to be back to normal for the next demonstration.