The night started with the Extraordinary General Meeting which was primarily aimed at agreeing the future subscriptions. Mick Denton tabled the proposed subscription increases and explained the reasons for having to make these changes. The reasons provided were the cost of professional woodturners, an additional charge by the venue hosts for storage of the equipment. After a little discussion and some questions the meeting voted unanimously to the increases which are outlined below.

The yearly membership subscription charge will now be £15.00 and will be due immediately.

The evening meeting fees will now be £5.00 per meeting with the optional raffle ticket at £1.00.

Any visitors or prospective new members  will pay the evening meeting fee of £5.00.

The meeting also included presentation of “Turner of the Year” prize which is for the person that has accumulated the most points over the season in the monthly competition. The winner for this year (bearing in mind Covid restrictions) was Clive Bryant so congratulations to him on this award. Below is the photo of Clive accepting his award from Roger Gilbert who organises the competitions. 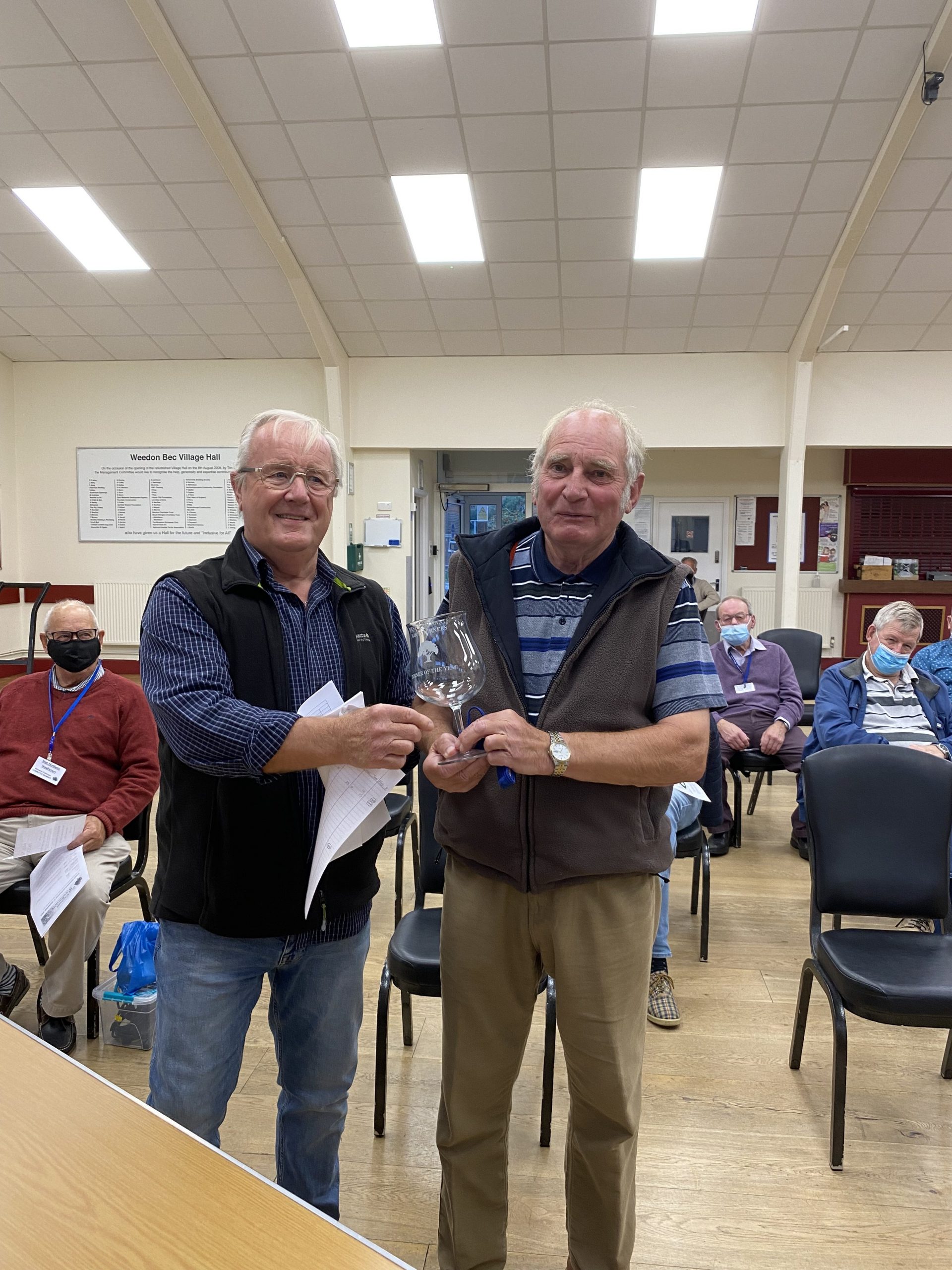 The meeting then progressed with Adrian Finch doing a demonstration. He admitted straight away that he did not know what he was going to do, but he had several blanks the audience having to decide which he should use. It was just after this that Adrians luck for the evening ran out. The blank chosen had a problem with woodworm so by the time he cleared that the blank was  probably half its size. He had started to make a shallow bowl / dish which unfortunately he managed to blow the bottom our of. He mounted another blank to try to salvage the bowl but this was a glue up and the glues seemed to take the edge off the tools. However, he finally manged to produce a foot that fitted snugly into the hole in the bowl and produced a finished project although not to his usual standards. However, we appreciated his perseverance  and it does prove that with a little imagination mistakes can be recovered so do not give up.