Tonight we welcomed Gary Rance who introduced himself and the itinerary for the evening.

The first part of the evening was a bit of spindle turning to show us techniques and tips on turning beads, coves etc. Although this sounds basic the information and expertise passed on meant that all of us learned something from the explanations that Gary provided.

The second project was a fob watch stand which was made in four pieces where accuracy of manufacture was required to ensure that they all fitted together correctly. 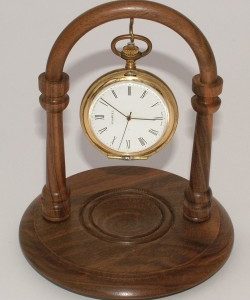 The first part of the task was to create the base which was turned to predefined measurements. 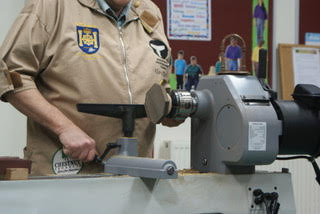 The next part was the top ring which also used a cup chuck to finish it off, and then the 2 columns which had to be a matching pair. 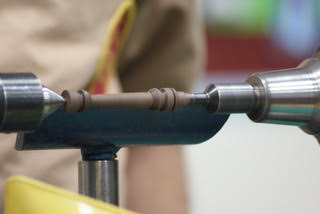 There was so much going on with loads of information to take in it was difficult to keep up, especially when he did one of the columns at his normal speed. Very interesting to see him working without worrying about talking to us. 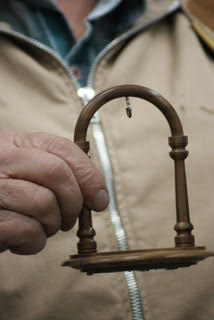 On completion of the main project Gary filled in the remaining time with a bottle stopper. 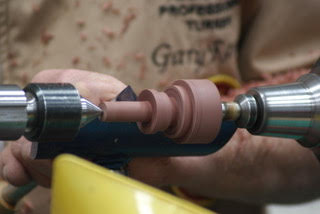 It was a great evening that was crammed full of interest and entertainment.

The designs for the items that Gary made are for sale on his website as are the tools etc that he brought along.

1st prize was an inspirational half Taurus drawer by Clive Bryant. 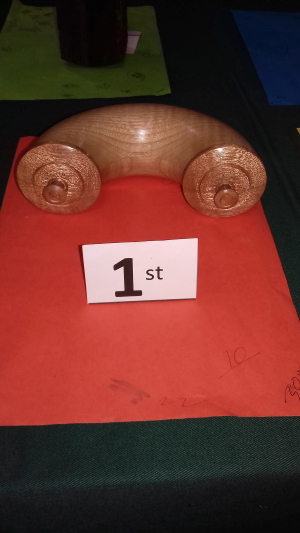 Second was a box made from an old fence post by Ken Garratt. 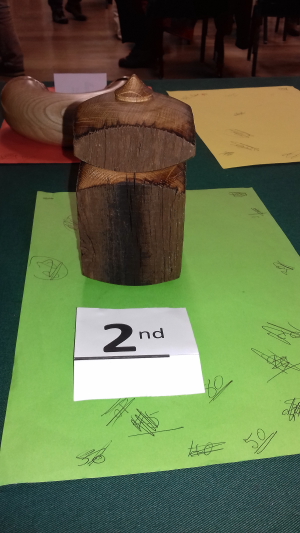 Third was a pretty little potpourri bowl by Roger Gilbert. 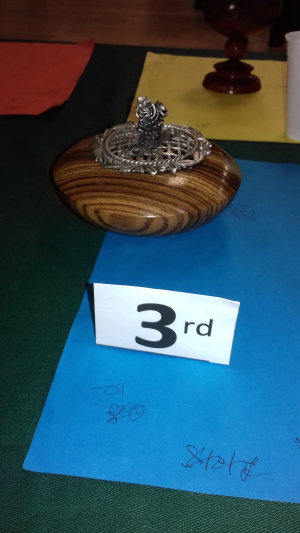