We welcomed once again the 3 Musketeers, Roger Gilbert, Gerald Hubbard and Mick Denton. The night’s challenge was a box made to look like a water droplet using a piece of 2 coloured Padouk.

Roger was up first so he mounted the piece between centres, turned it to round, created a tenon on each end. The piece was then mounted in a chuck and using the rule of thirds the base and lid were parted off. The base was hollowed out and the recess for the lid created. The base was reverse chucked using the lid recess and the outside turned to a finish. When applying the sanding sealer Roger used the sealer on each colour in turn as the red will bleed into the white. 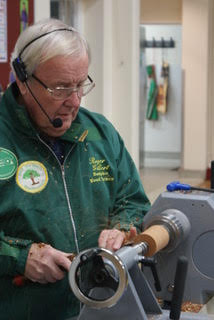 The baton was then passed to Gerald who worked on the lid, mainly the inside and concentrating on getting the tenon right to fit in the base. 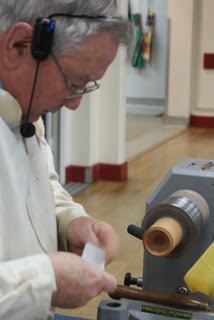 This required a lot of fine turning to make sure that he did not remove too much material. He then got carried away and turned some of the outside but went a little too far so the water droplet shape was lost. It was at this point he dumped the final part of the turning on Mick Denton. The final shape was turned out and the piece reverse chucked on the tenon and the pointy end finished. 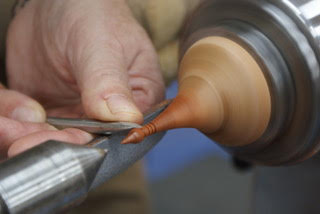 Overall the evening proved to be very entertaining and with some of the things that did not go quite according to plan proves that even the best can come a cropper from time to time. But there is usually some way to get over any problems you encounter.

The evening also had the February competition.

1st was an intriguing box that included a cute little mouse inside by Clive Bryant. 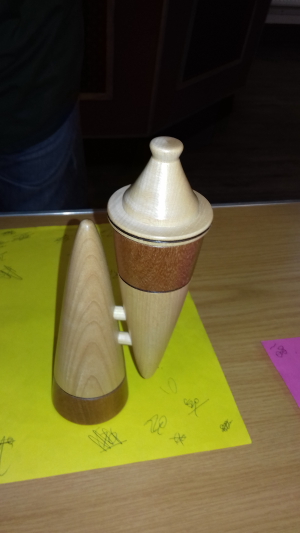 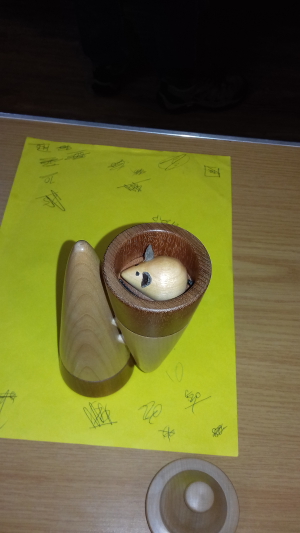 2nd was a mirror by Bob Green. 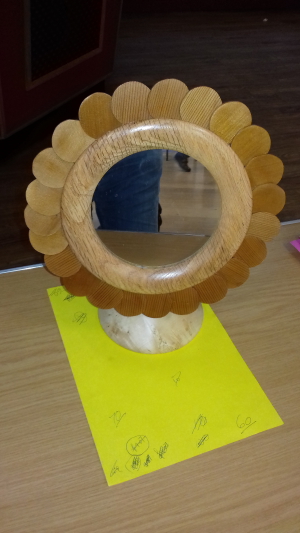 Joint 3rd was a vase with Fractal burning by Bryan Turner, a bowl by Gerald Hubbard and an egg box by Roger Gilbert. 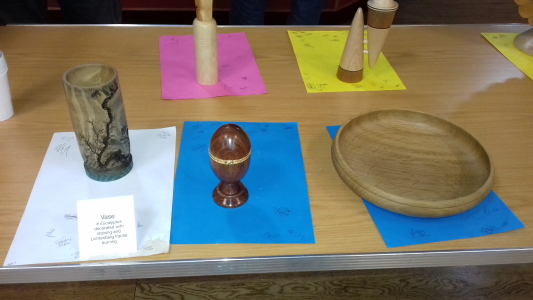