The new name for this series of demonstrations is the 3 Musketeers but the format is still the same as 3 turners. Mick Denton, Roger Gilbert and Gerald Hubbard each make a number of projects throughout the meeting all working at the same time. This is a busy evening as there is always something going on that is worth watching and questions were always forthcoming. Although it is a somewhat light-hearted demonstration, with a bit of friendly banter, there was much to learn and tips to pick up on. The theme was “a bucket of bits” which was basically off cuts and small blanks from which little projects can be made.

From my point of view it was a nightmare to keep up with, and the notes are so sketchy that it would not be easy to create a reasonable article; you needed to be there to get the full experience. Hopefully the following photo’s will give you a flavour of what went on. 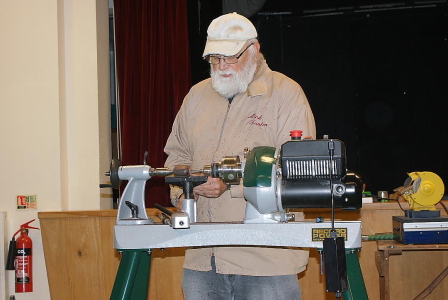 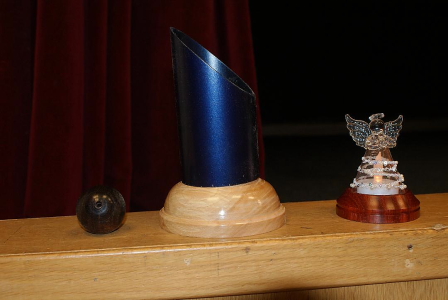 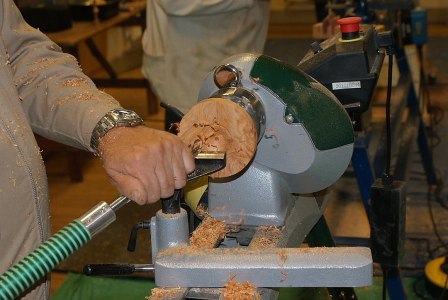 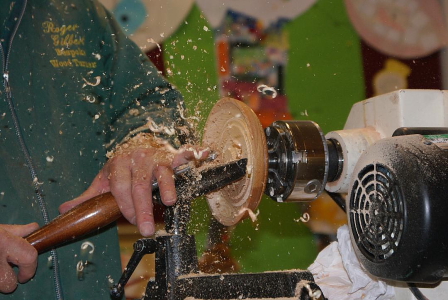 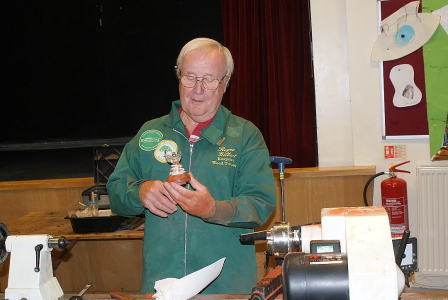 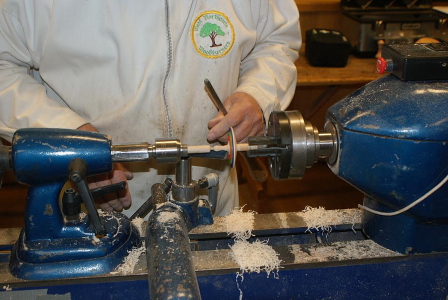 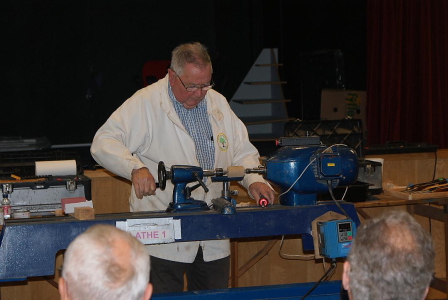 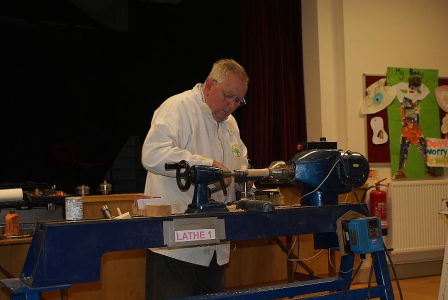 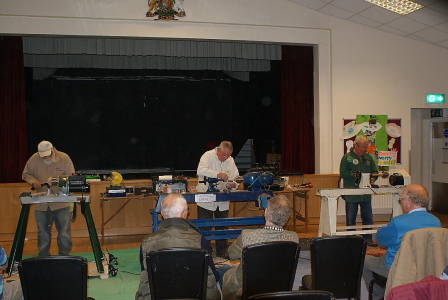 The projects undertaken were as follows.

Richard Wright introduced his demonstration, saying that his inspiration came from one of the previous evenings where an off centre bowl was coloured. That demonstration was more about the colour so this will be about the off centre turning.

The principle of KISS (Keep It Simple Stupid) would be applied so everything done would be a simple way of doing the process. The basic idea is that the bowl would be turned using a face plate ring screwed to a sacrificial blank and then moved off centre to create the effect. This did involve a number of re-chucking operations with a reasonable amount of accuracy taken over the positioning of the face plate ring. The turning element conformed to standard face plate work with the main difference being the off centre weight of the piece being worked on. This meant that it was started on a slow speed and this was increased until a safe operating speed could be achieved. 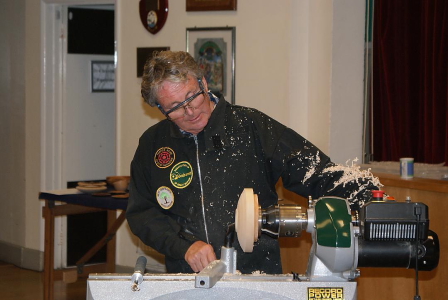 The bowl included a contrasting wood insert to add interest and this involved turning an off centre recess, making the bottom as flat as possible using a square end scraper and then gluing the insert into place. 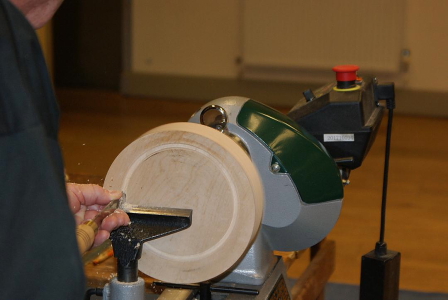 When marking out the location for the face plate ring Richard used a pair of dividers, however, he emphasised the safety aspect of having the left hand prong only marking the blank.

The bowl was turned so that the insert was emphasised as being off centre, giving it real visual interest. 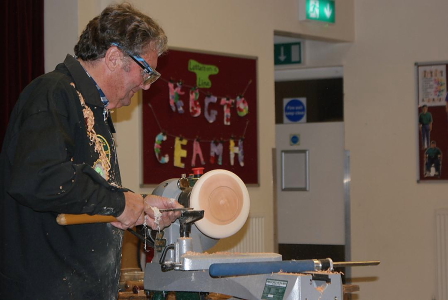 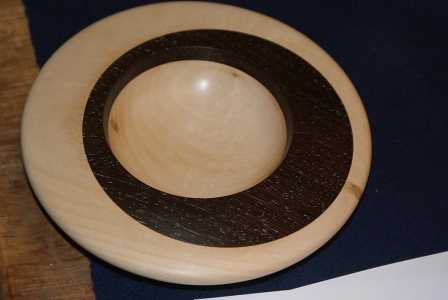 The second project was a small, shallow off centre dish. Again this was done very simply by turning the blank to a basic footed form. 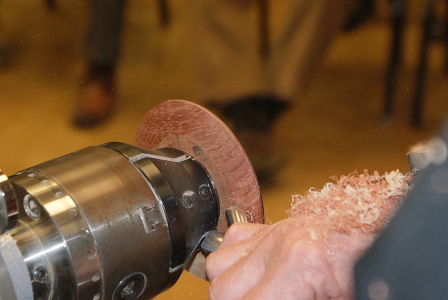 However, when reverse chucked the number 1 and number 3 colossus jaws were the only ones used. The number 1 slide was set in the chuck and then wound in 2 or 3 turns before the number 3 slide was inserted. This created the offset. The only thing to bear in mind here is that only 2 jaws are being used to hold the work so any cuts should be light and care taken.

Due to time constraints the items were not sanded and finished but the overall principles were well explained and the projects should provide inspiration to the audience. The main thing to take away from this is that there are always alternative ways of doing something and that Keeping It Simple probably is the best way of doing it. 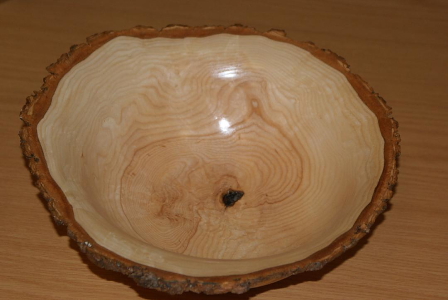 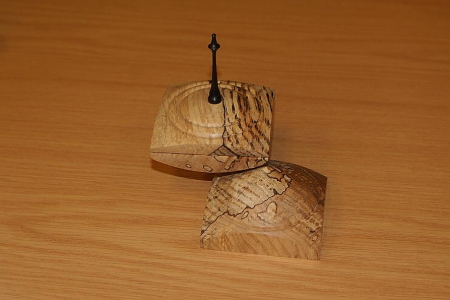 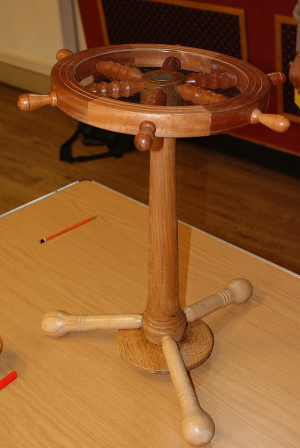